One of the unexpected joys of blogging is the friendships I’ve cultivated with other bloggers. Since Sam first introduced herself to me, back in July, I have had a huge amount of respect for her. I knew her as a Morris Dancer, determined to get herself “fit enough to dance in a mask”.
I didn’t know her back story until mid-November, when she published a series of six Haiku poems that shed light on the woman behind the mask. She took my breath away with the beauty and heartbreak of her words. Since then we have become friends and supporters of one another in the pursuit of our 365-days-of-exercise goals.
Sam’s story deserves to be heard by many. Please read, comment on and share this post. If one was ever deserving, it is this one. xoxo nancy

When Nancy first asked me to tell my story as a guest post on her blog, I was honoured and excited, and jumped up and down in my kitchen a little bit.

My second reaction was, what the hell is my story? What am I going to write and where do I start this?

Should I start when my “food issues” began, in my senior years of high school, when I ate almost nothing and was turned down for my dream career because I was underweight?

Or should I start when I put on weight, then lost 70 lbs, only to put it all back on again?

I should probably start by telling you all what I am doing at the moment, and then tackle the saga of craziness that made me start it!

Last year, at midsummer, I decided to jump feet first into a project designed to change my life and transform me into a healthier, more energetic and fitter person! Inspired by a post I read on The Jackie Blog, I decided to embark on a journey to exercise 365 days – in a row – all together!

I set my rules:

I put no more thought into it than that. How hard could it be, I thought, 30 minutes of exercise every day for the next year, and by magic I will be super fit and awesome! I will be healthy and thinner and fitter and able to dance all day, no problem!

That lasted for two weeks… The attitude, I mean. The project is still going strong!

After two weeks, I realized that this wasn’t going to happen by magic… I could get fitter by doing a bit of exercise every day, but if I kept down the path of self-sabotage by means of giant bags of sweets and chocolate, I was really going to waste an opportunity.

I resolved then to change my lifestyle completely: exercise, diet, attitude, the lot!

By diet, I mean the things I ate on a regular basis. I did not start a “diet plan”. The changes had to be sustainable and realistic.

Okay, I read some of the Internet!

I read about Low GI, Paleo, Clean Eating, Intermittent Fasting, LFHC, Weight Watchers, multi-million dollar diet industry propaganda. You name it, if it was health and fitness related, I read it.

And then promptly ignored it.

And made up my own plan, one where I count my calories (vaguely), eat non-processed food (mostly) and cut out (about 90%) of the sugar I was eating.

So I changed my life in one giant hit of changes…

You know the thing you are told not to do…

The complete opposite of the small steps “they” recommend!

And it has been an awesome journey so far, and taken me down some paths I was not expecting, and changed me for the better in ways that I didn’t think were necessary when I started this.

To understand the position I was in at the beginning of the project, I looked back at some things I wrote before all this started. Here is what I found:

Nothing drowns it out

Noise of people and their lives

Make them go away

I hate most people

me than them. Who cares?

How do I get through

Nothing makes much sense

I was very sad and I was very angry, with the world and everything that had happened!

What had happened was this:

They called it an Anaplastic Astrocytoma it was 6cm in diameter and could have been there as long as 30 years! They operated and attacked it with radio therapy, and all the while we planned exciting stuff that was going to happen after this all got better…

But it didn’t and I lost my Mum

But I got through it, angry and sad but through it and functioning and getting back on with life, although at this point the eating had started, I just hadn’t noticed!

He went to bed one night and never woke up, to be discovered by a mutual friend a few days later. They say it was Sudden Adult Death Syndrome,

Which is code for no one knows.

And I lost a very good friend who was loved by so many of us in my group,. He was the guy who would giggle like a little girl and accidentally drank the bubble bath instead of his water bottle when he didn’t have his glasses on. He was the guy who went with me to musicals and was always up for a good dinner and was genuinely scared of fruit!

These events gave me a brand new outlook on life, they encouraged me even more to live life to the fullest possible. I vowed after this never to miss out on an adventure, never to take my hat off because I get odd looks and never to put things off just in case!

These events also made me eat everything! I must make it clear at this point that I do not blame these events for my eating and weight gain…this was my responsibility alone! I chose to eat and I knew it was bad for me. But I did it anyway!

Comfort eating is what I was doing and it was not working. I wrote these:

Torn open by the losses

Can’t be filled by food

I was engaging in an elaborate cycle of eating and attempted desperate crash dieting, gym resolutions and more eating!

I have suffered from depression and self harm before in my life and I believe now that this was another version of the self harm model.

I was eating everything…it must have added up to thousands of calories a day!

Pretending to be cheerful

One face for the world

Blackness pulls me back inside

It was this mindset that my current project and my new found love of morris dancing has forced me to overcome! I was forced to face the fact that the eating was stopping me doing the things I wanted to do, stopping me dancing, stopping me being active, and stopping me living the way I wanted to!

I discovered that dancing and exercising and finding positive things to write in a blog every day was a amazing way alter my outlook.

I have to repair

I realised that there was no quick fix, no magic pill or potion, I had put myself in this position and I could get myself out of it. For me the best way to do this was publicly an in a big way, if I backed out I would have to admit it to the world.

Or at least to myself…

I can genuinely say for the first time in recent years, I am not angry with myself for repeated self-sabotage!

I am not trying and failing to be thin.

I am trying and succeeding to be healthy, and fit!

There is weight loss…but it is a side effect…a welcome one, I am not going to lie, but no longer my primary focus!

I decided during this journey that I want to make health and fitness part of my life. I want to be able to help others realise the same things I have realised and to embrace an active lifestyle! I am now currently studying to become a personal trainer.

I have still so many demons to overcome so much to prove to myself that I can do this. I have to make myself believe that people will take me seriously as a trainer!

A big part of my head still thinks of me as the person who couldn’t run for more than a minute at a time, who was eating herself into a hole so deep that it took an enormous effort to get out of it!

I have to remember that I can now run 5k with minimal walking.

I can now deadlift 50kg,

I can dance for a whole evening without wanting to stop…ever!

I can (sometimes) get up at 6am and do the craziest personal training sessions in the history of the world!

I have done yoga in my pyjamas when I was too sick to do anything else.

I have woken up in strange places, at 6am, to squeeze in a run because there was no other time to exercise in the day.

I have even gone running on my lunch-break, on a Friday, when the rest of the office is heading down to the pub!

And to think when I started this project I thought it was going to be 30 mins of easy exercise a day and the rest would happen by magic!

Building a new me

Thank you so much, Sam, for sharing your raw and beautiful story with us. You are a true inspiration.

141 thoughts on “dancing into the light” 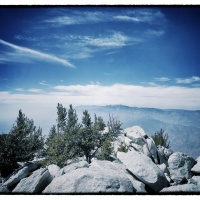