During Day 2 of the massive 3,800 km road trip from Toronto to Las Vegas, I saw this billboard. I believe it was somewhere in Nebraska. But it may have been in Iowa.  Those two states were one big blur to me, thanks to a scorching sun beating down during my topless drive through the heartland.

The billboard caught my eye, mostly because it gave me something to look at other than corn fields, and it was a diversion from the only other billboard that kept popping up along the route, one advertising an Adult Superstore. I guess there was only one in the general vicinity, so they had to get the word out early and often to give patrons lots of time to pre-plan for the exit (#159, for those so inclined).

I sat silently for a moment as I reflected on the message. And then I exploded with a verbal vomit all over Mr. Enthusiasm who, at first confused, finally caught up with the tour and allowed me to finish my diatribe.

Yes, I believe that certain people are predisposed to adding and retaining fat. We see evidence of this in the different body types (somatotypes): Ectomorph, Mesomorph and Endomorph. But whether you are born with a ‘fat gene’ or not doesn’t mean you are magically absolved of all responsibility when it comes to YOUR body and YOUR health.

This billboard pisses me off because it implies that genetics are the sole and determining factor as to why people are fat.

See, I’m getting mad all over again just writing about this.

Look, my genes may have predisposed me to storing more fat than the next guy, but make no mistakes: I was fat and unhealthy because I made bad choices.  I chose not to exercise. I chose to eat unhealthy foods. I chose to turn to starvation-like diets to solve my problems because hey, these are my genes and this is the hand I’ve been dealt.

Until I made a decision to hold myself accountable for my own life there is no way change would have been possible.

Sure, the choices I’m making now are hard. Working out every day is hard. Especially after 14-15 hours in a car three days in a row. But it’s what I need to do because I might have ‘the fat gene’. If I don’t want to be fat and unhealthy I have to work for it. The fact that other people are more genetically blessed and don’t have to work as hard …it is what it is.

Magic happens…change happens…when we decide to take control of our outcomes. And yes, that involves work. Get over it. Stop blaming your parents for your bad genes and start making lifestyle changes that will improve your life.

During one of our pit stops, at a Cracker Barrel in Omaha, NE, a father and young daughter were seated at the table next to ours. We were finishing our meal as they placed their order. The girl, around age 9 or 10, asked for “just Fried Apples and Bacon, please”.  My head spun around like little Regan’s did in The Exorcist. I expected, no hoped, that the dad would say something to encourage her to choose something a bit healthier. No dice. Oh, and she chased that breakfast of champions down with a tall glass of Coke. At 9:00 am.

Later that day, about 3 hours outside of Denver, we stopped in a Wal-Mart near the NE/CO border to grab some bottled water and fresh fruit. Mr. Enthusiasm caught the following exchange between a young couple, shopping with their 2 toddler-aged kids. “Fruit is SO expensive!”. He glanced at their cart, which contained: a case of Coke, a 12-pack of donuts, and several bags of potato chips.

Look, I don’t really care if there is a fat gene or not. When you make the choice to order fried apples, bacon and coke for breakfast or to buy donuts instead of apples, because they’re cheaper[!], that’s all on YOU. That’s got nothing to do with your genetic makeup and everything to do with your sorry-ass choices.

That billboard was full of shit. We all have the power to choose. 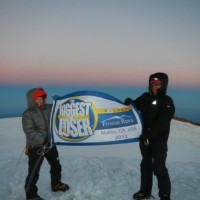 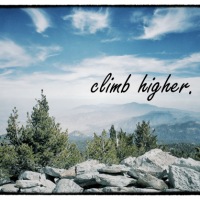